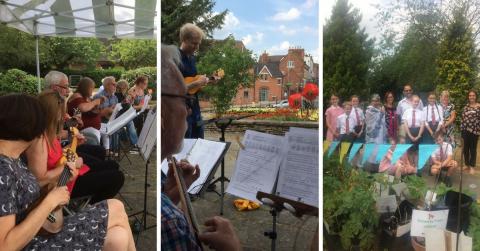 Throughout the past year the Town Council and the working group have been developing numerous projects and ideas to support the entry into the Heart of England in Bloom.

Review of the Past year:

Let's start from the beginning, in March - April 2017- the campaign was launched with the local community invited to an event at New Hall Hotel and Spa. The spring cleaning came into action being supported by schools, community groups and Councilors. As a result, investments were made in litter picking, gloves and bags for the community to use. The Mayor getting involved through his challenge in visiting schools and the top 4 being awarded for further funding to support their future projects.

August 2017 - April 2018- improvements to play areas for children at three different sites, to benefit the active children who visit these sites. As well as a new Trim Trail at New Hall Valey Country Park.

May 2018- a new astonishing floral feature installed to commemorate the end of WW1, an admirable feature for the town. Our Garden Competiton launch sponsored by us Halls Garden Centre. Including many different categories from garden and hanging baskets to pubs and schools. The local newspaper has been involved and featured an entry form numerous times and information has been sent out across the town. The winners will be announced in September during a presentation ceremony.

June- two new willow features to be installed on two of the most prominent sites to mark the arrival for the concerts in the park. The main theme for the willow features is the City of Birmingham Symphony Orchestra who will be at the concert. 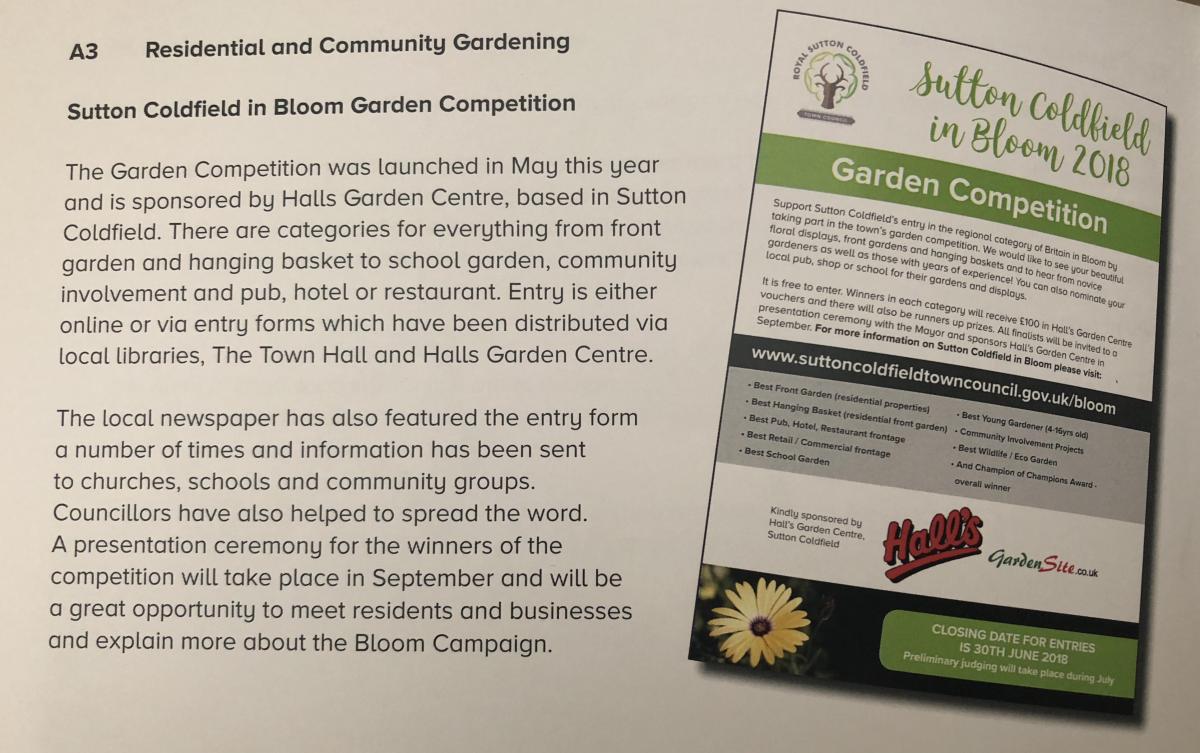 July- when the judging takes place with a reception at the Town Hall with participants and supporters arriving.

September- like previously mentioned the awarded will be given out for our garden competition winners here at Halls Garden Centre.

October- plans for the gateway bulb planting to be agreed and a spectacular location for The Queen's tree to be agreed.

There are three core elements used to provide an overall mark, they are as follows:

A- Horticultural Achievement: this includes many different categories such as color and design, special features, hanging baskets and planters, planting and quality, sustainability, allotments, locations and communal events.

This map highlights the key areas and stops which will be covered during the judging period. With a small selection made this gives a flavor to the judges of the creativity in the life of Sutton Coldfield, demonstrating The Town at its best. 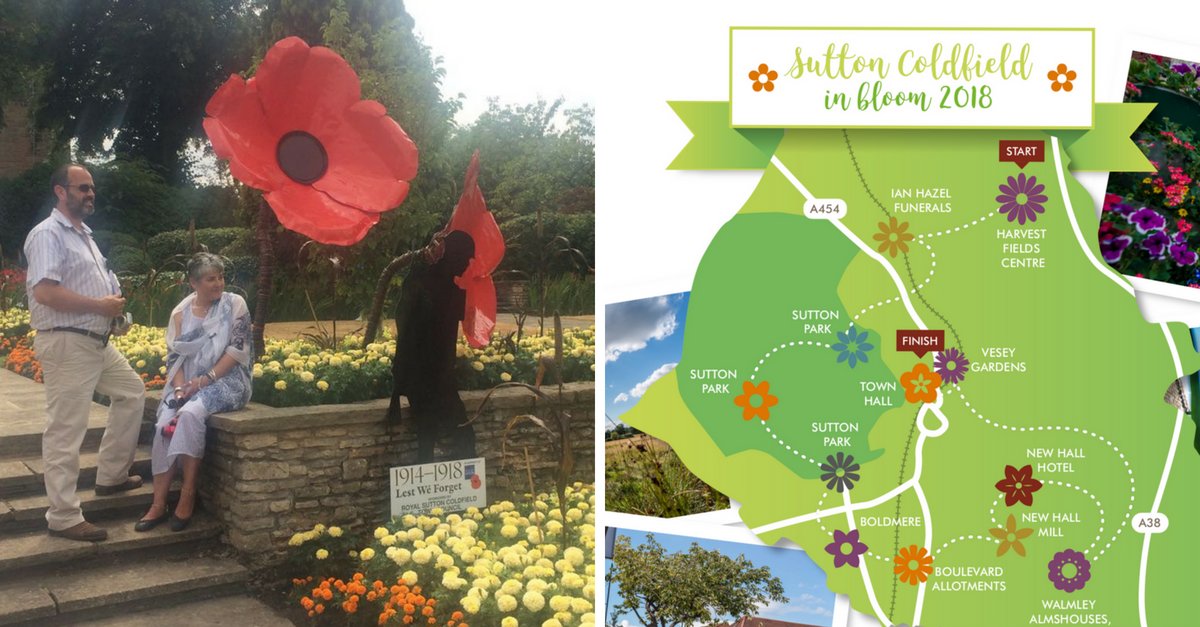