Take Your Own Plant Cuttings

Propagating by taking cuttings, whether from your own plants or ones you admire in neighbouring gardens, is a fantastic way of increasing the variety of plants in your own garden free of charge, and all you need are a sharp knife and patience.

Cuttings take little effort and the results aren't instant, but the process is very satisfying and most gardeners love to save money.

What Are Plant Cuttings?

A cutting is usually a piece of stem or a leaf but can be other parts of a plant, encouraged to form their own roots and become an identical plant to the one from which they are taken.

There are several ways of taking cuttings, the two main methods are:

Softwood cuttings from fresh, new growth on shrubs and perennials such as the young shoots of Buddleia, Fuchsia, Aubretia, Osteospermum, Delphinium and Phlox.

Hardwood cuttings that are taken from woody stems that have gone dormant on shrubs such as privet, willow, viburnum and currant bushes.

What Do I Need To Take A Plant Cutting?

How Do I Take A Softwood Cutting?

Any time during the spring and early summer, preferably in the morning. Using your sharp knife, take a 4in (10cm) length of new healthy growth from a non-flowering shoot. Then shorten the cutting to just under a leaf joint or node, and remove the leaves immediately above. This is referred to as a nodal cutting. 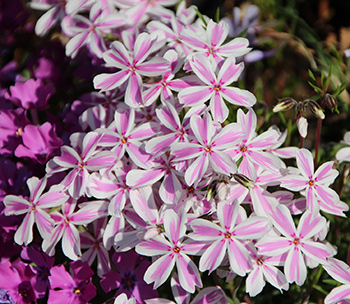 A basal cutting is used for herbaceous plants such as Aster, Delphinium and Phlox. For these plants, take the same sized piece from the base of the plant and include part of the basal tissue.

Greenwood cuttings are from young stems that are starting to mature but still in their first year. They're usually taken in early or midsummer. Plants such as gardenia, forsythia, philadelphus and boxwood tend to root well from this type of cutting and the only difference is that the piece you prepare should be slightly longer at 4 – 5ins (13cms).

Whatever the cutting, dip the end into rooting hormone. You can plant and firm in several cuttings to about half of their length in a small pot filled with compost, or, if there is a large amount, in a seed tray.

Keep warm but out of direct sunlight and keep moist. You can use a propagator or cover with a plastic bag. Remove the plastic twice a week to get rid of excess moisture, this is especially important if you are rooting geraniums or any other cuttings with soft downy leaves. After about six weeks or when rooted, pot on individual cuttings using good compost, then harden off and plant out after a good root system has formed.

How Do I Take Hardwood Cuttings?

Choose the current year’s shoots that are woody and cut them into 23-30cm (9-12 in) lengths. Cut off the soft tops just above a bud and cut off the bottom just below a bud. With white and redcurrants and gooseberries remove all the buds except the top three or four. Leave all buds on blackcurrants.

Make a shallow trench and scatter sharp sand in the bottom. Dip the base in rooting hormone and place the cuttings upright in the trench so that about 3in (7.5cm) sticks out, fill the trench and firm in. The following autumn they will have taken root. You then replant them about 9in (23cm) apart and, after twelve months, they can be planted in a final position.

What are Semi-Ripe Cuttings?

Semi-ripe cuttings come from the stems of evergreen or deciduous shrubs and half-hardy perennials that are somewhat more mature: holly and ivy, camellia, honeysuckle, hebe, box and laurel as well as lavender, sage and rosemary. They're usually taken from high summer into the autumn.

The basic method is to cut just below a leaf on this season's growth for a cutting 10 – 15cm (4- 6ins) long. Place the cutting in a plastic bag and then prepare by cutting just below a leaf node and remove the lowest leaves and soft tips so that there are about four leaves left. On large-leafed shrubs cut the leaf in half to reduce water loss. Dip in hormone powder

For difficult to root shrubs try wounding i.e. removing a sliver of bark about 1in long from the of the stem near the base. Place the cuttings into gritty compost, water well. Cover in a plastic bag or propagator, keep warm (especially autumn cuttings) and light but not in direct sunlight.

Hardy shrubs can also be rooted in a polytunnel or cold frame, place directly in the soil which should be enriched with organic matter. Rooting may be slow, perhaps not until the following spring. 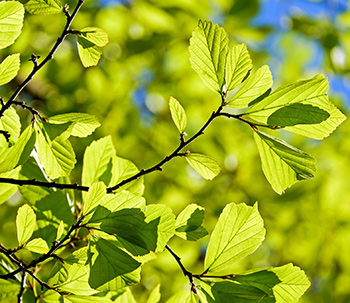 Can I Take Cuttings From Leaf Buds?

Yes, this is a small piece of stem roughly 1in (2.4cm) long with a whole leaf attached and a bud emerging from where the leaf joins the stem. This method will work for any type of stem in the spring by placing the cutting so it is just above the level of the compost and then keep it warm and humid.

What are Eye Cuttings?

Mid-winter is the best time to take eye cuttings from grape vines. It's best remembered that these cuttings will need to be kept very warm, about 52°C. Choose a woody stem from the current year's growth and cut into 4cm sections which have a dormant bud or eye in the middle. On the other side of the bud remove a slither of the stem, then press onto compost with the bud on top and water.

Can I Take Cuttings From Roots?

Root cuttings are taken from dormant plants preferably in mid-winter, these can include a variety of shrubs, hardy herbaceous perennials and trees. The roots should be young and cut into 2in (5cm) sections. Lay thin roots horizontally on compost and cover with a further thin layer of compost. Thicker roots can be pushed in vertically just below the surface but be sure that they are the correct way up, the top should be the bit that was nearer to the plant's stem. Then place in a greenhouse or cold frame.

How Do I Propagate by Layering?

This method is very easy and works well with Rhododendrons, Magnolias and Lilac plants. Spring is the ideal time.

Firstly you need to select a non-flowering growing branch that is naturally close to the ground. Select a healthy area of the branch about 30cms (12ins) from the growing tip. Remove the leaves from either side of the selected area so you have a naked section about 15cms (6ins) long. On this section, just after where you removed an existing leaf, use a sharp knife and cut, from below, about 50% of the way into the healthy branch. This is the area that you will eventually layer back into the soil. 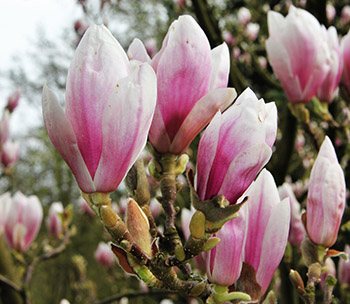 Dig a hole out about 5cms (2ins) deep below the branch that has been severed. The idea now is to bury this section of the branch into the shallow hole where it will slowly start to develop its own root system by the following autumn. You will then be able to make the cut all the way through the branch leaving you with a cutting with its own root system ready to pot on.

However, there are one or two more pointers to help you succeed. It is advisable to gently wedge a matchstick into the cut before burying it to make sure the two sections do not close back up thus preventing new root growth. It is also wise to add some perlite or grit to the hole to aid drainage as you do not want the developing roots sitting in water. An alternative would be to use a compost that is suited to seed growing or taking cuttings. You will also need to hold the layer below the soil surface and a couple of bent twigs either side, with maybe a large stone placed directly above are simple but adequate ways to achieve this.

Water well, particularly during the warmer summer months and you will be rewarded by a new plant later in the year. You can, of course, layer more than once from each mature plant if you have enough low hanging branches.

Good luck and enjoy your rewards.